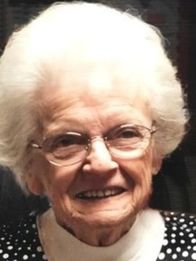 ​I came into my faith under the wings of a Baptist church in east central Indiana. Entering the sanctuary each Sunday as a child, I was consumed with intimidation as we passed family after family who seemed to have the extra things in life that our family lacked: money, nice house, clothes that fit, a present father.

The worship space was plain and elegant—the décor a hold-over from the 50’s and 60’s. The bright red carpet invaded the space resembling a giant child’s tongue after he’s consumed a cherry popsicle. There were three sections of oak pews, each stained seemingly to match the ashy skin tone of the elder members. The wooden seats were bolted to the floor for safety—and probably to ensure they remained in place should a raucous soul move too roughly in the spirit.

There was no assigned seating, however, most of the congregants sat in the same pew every Sunday. It was an unspoken rule that you don’t move from the previous week’s position—physically and for some, spiritually. We were no different, though on occasion my mom’s uninhibited spirit would have us move up a pew or back a pew from our home base, which was within the first five rows on the left side of the sanctuary.

Directly in front of our seating area sat the huge electronic organ, played nimbly and capably by a kind grandmother by the name of Harriett. Halfway through the service, after we had sung the opening songs, said a prayer and recited scripture, took up a collection, our pastor would make his way to the pulpit to provide a sermon. Harriett would click off the small reading light above her books and loose sheets of music. She would leisurely pivot on the large attached bench and slip on her flats and begin softly walking to an empty pew. I watched her the entire time, but once she was a few feet away I would look towards the pulpit only to happen a glance back at her to catch her eye. She would flash an easy, reassuring smile and a quick wink. Without fail she would sit down in front of us. A few seconds later as she appeared to be listening attentively to the sermon, her arm would reach behind toward us extending a handful of Velamints wrapped in tissue—one for each person in the pew.

I was young so I don’t recall much of the sermons on those Sundays, but I’ll always remember Christ’s unfailing love and recognition shown to me through Harriett’s simple gesture of choosing to sit near us and offer those small tokens of grace.

She led a long life of blessing others with an infectious smile, warm heart, and loving presence. She will be missed, though it makes my heart happy knowing she’s now sharing a mint and a smile with the loving God who instilled in her that same giving spirit.